WRNN-TV is a full power TV station with full distribution in the New York market broadcasting from One World Trade Center.

WRNN can be found on Channel 48 broadcasting from Beacon NY. In addition to RNN-TV which is broadcast on 48.1, WRNN broadcasts three other programming partners:

The distribution on RISE-TV represents an opportunity for international networks to reach a wider viewer audience and loyal following in the U.S. and bring unlimited advertising dollars and access to the top advertising agencies while giving an independent voice to your global network. 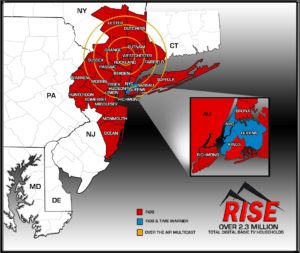 The services RNN provides on RISE TV to its global partners go beyond the programming distribution arrangement on the major cable providers, they also include but are not limited to the coordination of cross platform promotion and targeted advertisement campaign management, Signal Reception and Quality Control, Commercial Insertion and Master Control.

Enter you ZIP Code and Television Provider in the Form Below to Find WRNN TV Listings.

For Emergency Matters: (631) 961-8953. Please leave a detailed message including name, phone number and email address if you receive the voicemail.

For Emergency Matters:  855-663-4671. Please leave a detailed message including name, phone number and email address if you receive the voicemail.

Enter Your ZIP Cope to Find a Local WRNN-TV Broadcast